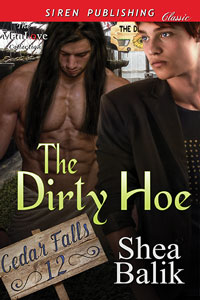 Welcome to Cedar Falls, a small North Carolina town nestled amongst the Smokey Mountains where the people are friendly and the men are hot.

When Vail Sommerlin inherited a house from an estranged uncle in Cedar Falls, he jumped at the chance to move away from his nosy mother, who he loved too much to tell her to butt out of his life. He just never dreamed that new life would include finding the man of his dreams.

When Lakota White first laid eyes on Vail Sommerlin, he knew he’d found his soulmate. He was pretty sure his grandmother was laughing her ass off if she was looking down at him right then. Probably even shouting, “I told you so,” over and over again.

Warning: an attempted suicide and a corrupt mayor who is bent on destroying the town once more instigates the zany characters of Cedar Falls to band around the two and help in their own unique way.

Entering the cool interior of the Potter’s Cottage, Lakota headed to where the vegetable seeds were kept. Red hair caught his attention. His heart sped up as the head sporting all that red hair turned in his direction. Wide blue eyes as clear as the summer sky stared at him.

Perfection. It was the only word that came to mind as he took in all that pale skin, small lithe frame and lush lips just made for kissing. So enamored, Lakota hadn’t even realized he’d stopped walking until Jesse plowed into him.

A squeak alerted him that something was wrong. He forced himself to look away from the beauty before him to stare down at the floor where Jesse was sprawled on his ass.

Suddenly the red-haired man was there with another man, this one with brown hair. They were both kneeling next to Jesse. The other man said, “Did you just fall?”

Jesse, one of the most sarcastic men Lakota had ever met, said with utter sincerity, “No, I attacked the floor.”

Jesse glared at Lakota, clearly blaming him for this, before answering the beautiful man’s question. “What can I say? I’m freaking talented.”

Laughter like musical bells rose up around them and Lakota was sure he’d never heard a more alluring sound. “Here.” The stunning redhead held out a hand to Jesse. “Let me help you up.”

Once Jesse was once more on his feet, the sexy man Lakota couldn’t stop staring at said, “I’m Vail Sommerlin.” He then pointed to the man next to him. “This is Macon Roxley. We just moved to Cedar Falls.”

“Jesse Grant,” Jesse said. With another pointed glare he waved his hand in Lakota’s direction. “And this oaf is Lakota White.”

Those blue eyes fixed on Lakota once more and he knew he had to have Vail. He couldn’t explain it, but there was something about the redhead that spoke to his soul. Lakota had grown up deeply ingrained in his Cherokee heritage. If there was one thing he knew, it was trust his instincts and right now they were screaming that Vail belonged to him.

Reaching his hand out to shake Vail’s, electricity flowed between them. Vail’s gasp when their skin touched, confirmed he felt it too. That boded well for Lakota. “It’s a pleasure to meet you.”

Not wanting to be rude to Macon, Lakota reluctantly let Vail’s hand go. “It’s nice to meet you, too, Macon.”

“So what brings you to Cedar Falls?” Jesse asked.

As much as Lakota desired to get Vail alone—preferably in a soft bed, naked with his cock buried deep within that taut ass he’d gotten an eyeful of when Vail had bent down to help Jesse—he also wanted to know as much as possible about the handsome man who made his blood sing.

“My Uncle Calhoun left me his house after he died.” Vail shrugged. “So Macon and I have decided to live there.”

Lakota’s fingers curled into fists as he thought of this gorgeous redhead sleeping with Macon. He wasn’t one to try and break anyone up, but he might make an exception in this case.

Jesse’s face, on the other hand, lit up. “Oh? Are you two together?”

Both Vail and Macon looked horrified at the suggestion. Red hair and brown hair shook vehemently. “No,” Macon said at the same time Vail said, “Hell no. He’s my cousin.”

Instantly Lakota’s anger dissipated. But just because Vail wasn’t with Macon didn’t mean he didn’t have a boyfriend. “Are you dating anyone?” His gaze zeroed in on Vail, who shivered a little at the intensity of his stare.

“No. Why? You asking me out?” Apparently Vail wasn’t one who felt the need to beat around the bush. Lakota liked that.

The last thing he wanted to do was play games. It was why he didn’t date very often. He couldn’t stand the way some men felt it necessary to cause drama by not stating what they wanted. “Yes, I am.”

Lakota took a step closer, their bodies not quite touching. “Would you like to go out to dinner with me?”

Those blue eyes danced as Vail looked up at Lakota. “I would love to.”

So engrossed, Lakota completely forgot where they were or that there were others around until Cortney walked up to them and said, “Oh, good, Lakota, you found them.” She gave Vail a smile. “I hope Lakota was able to help.”

Jesse chuckled. “He’s helping all right. Helping himself to a date.”

Shea Balik has always had a vivid imagination with stories running around in her head. Often her stories are taken from observations of other people with her own spin. Traveling is one of her favorite ways of fulfilling her passion of people watching. She’s still working on traveling to every state within the United States, and has been to at least half. Her favorite mode of transportation is the car, because she feels it is the best way to see the country. Okay, okay. It may have something to do with her being afraid to fly, no make that terrified. Shea has always felt if we were meant to fly, we’d have wings. Not that Shea won’t get on a plane, because she will, and does. After all, how else does one get to Hawaii quickly?

For out of the country traveling, Shea has been to every Caribbean country that cruise ships visit, several times. Being a Floridian means easy access to ports and cheaper rates. Although, now that she’s cruised so often, Shea gets discounts for being a frequent cruiser. In a perfect world, Shea would cruise around the world, but she don’t see that happening anytime soon, unless she wins the lottery.

You never know, one day you may spark her imagination for her next book.

Whether at home or traveling she is usually in front of her computer writing or curled up with a good book.

Click on the RAFFLECOPTER link below for a chance to win one of five great prizes listed below!

(NOTE: If International winners are drawn for any of the first three prizes, a $10 Amazon Gift Card will be awarded in lieu of the physical prize.) 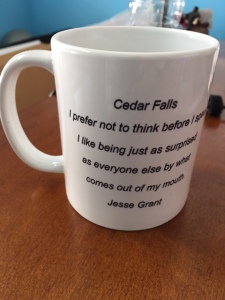